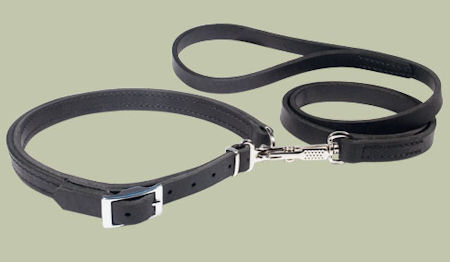 At the party, I took his necktie, parading him about with the enjoyment of my casual ability to inspire obedience.

Blame a friend joking, oh no now that we’re dating “[Brick] wrangling is your job” and that I got the leash now. I sent back that nobody told me there was a leash in full enthusiasm, kink hiding in the plain sight place we use humor to fig leaf.  Hahaha, you want your boyfriend in a symbolic costume of  servitude, a base state where you can pull a band and make him comply.

I think, naked. It’s my fantasy, though there’s a pile of edge play that in real life would be negotiated and blocked out safely, here I can have my audience to his helplessness.  Here I tell him to put the collar on and clip the leash in place and there’s no self conscious echo in my own head… but only if you want to, right?

Brick doesn’t like it. Doesn’t come easy to him, doesn’t know how a lot of the time, good natured about it, but not necessarily comprehending the depths of the metaphoric rabbit hole.

So he finds it distasteful? Tough. My fantasy, he has to.  Has to be naked on command because seeing even a shirtless picture makes me catch my breath a bit. Mine. Strip, slut.

I like the idea of leaving him with an in his head defiance, an awareness he is being forced into it. I like puppet play, where the victim knows what you are doing is wrong but can’t help it. I want it. Actually that real resistance becomes another toy in the toy box.

Trawl through my fiction from a young age and surprise, lots of tall, skinny redheads.  But the real? Fantasy screams to break him, tie him, chain him, find out what takes to make him beg.

Lust is a heady, heavy body grabbing sensation, a hunger I can self slake temporarily, but that wants to devour someone else.  I want to treat Brick like a sex object,  and while he’s used to being found an object of desire, I don’t think full on sex slave is part of the repertoire he’s tackled before.

No, no gimp suits, none of this boys are icky never gonna come while the bull fucks me. No, Brick’s the man other people see as their Bull. And you know what? I’m the girl who sees that and thinks about how to put a metaphoric ring through his nose.

I’ll lead you to market.

The image in this post was borrowed from here, where you can buy a leather english bulldog leash and collar.

One thought on “Leash Fantasies for Him”