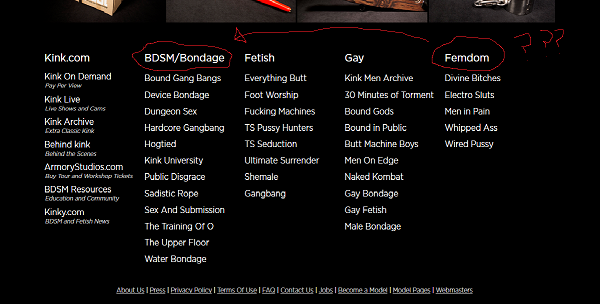 And I’m not asking for something unreasonable. Major kink toy retailer, “The Stockroom” went through this with their dual catalogs- one that featured a mixture of mostly female models and the other one that was focused on displaying their products on male bodies. And you know what? Someone pointed out to them that sorting Gay/Straight based on model was weird and they knocked it off. And it didn’t hurt anything to change up the lables.