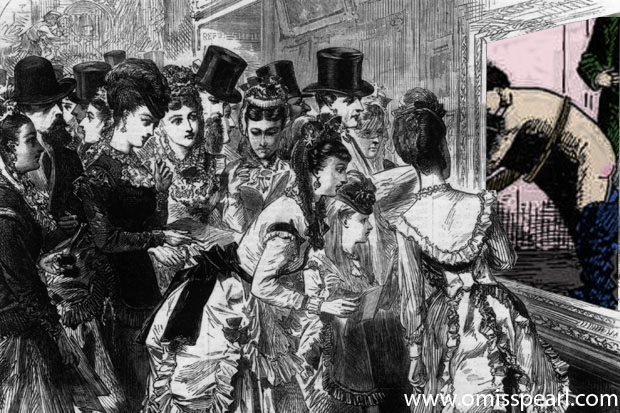 The last couple of weeks have been rough as far as health problems that have seen Wildcard and I both hitting clinics within short days of each other. While neither one of us is dying, we both aren’t helped by the summer humidity either.

Friday evening, after yet another stress filled day, I went for my thrice weekly run, leaving Wildcard all by his lonesome. Stress seriously cuts down on sex time, as does being under the weather, and with him starting to feel a bit better he was hinting a certain interest.

After putting in my usual time and distance in sneakers, I came back to find him with laptop on his lap, gently stroking his half hard cock while chatting with a room full of strangers. He perked up and suggested that I could join in, tie him up and tease him, to which I gave him one of my patented looks. I am not a big fan of dominance on demand. with me you don’t call the shots and set the script. You can suggest sexy ideas, but it isn’t going to fly if you try to put my urges and control on rails.

He didn’t end up tied up to the bed, but he did end up edging himself and then bent over my knee for a mean, hard spanking while everyone he’d been entertaining earlier continued to watch. Hand was soon switched up for a belt, probably my favourite of his to use, a big thick piece of supple brown leather.

I had him on all fours, facing the camera and reaching underneath himself to keep his cock hard- and his facial reactions showed me that he was experiencing some intense sensations from the leather striping his cheeks, while the colour changed to a bright pink, blossoming from the blush of his warm up to a good ruddy rose of a proper bare skin spanking.

He was the one who noticed the little wet patch under me, a mark on the sheet where I’d been resting, but it was me who told him that he had to fuck me without coming- as long as he could manage, stretching it out as his thick cock filled me up. We started with me astride, riding him, but pretty soon he tipped me back and made himself take his time while I teased him by gripping his cock with the muscles of my cunt.

The problem with a live crowd, of course, is that you don’t control them, so it’s no wonder that sometimes the questions get a bit weird. I’ve been compared to people’s stepdaughters. and we often get bombarded with requests for butt stuff. This time we got asked: So, is he the biggest guy you’ve ever fucked?

The girthiest. Even super turned on as I was, he’s a tight fit.