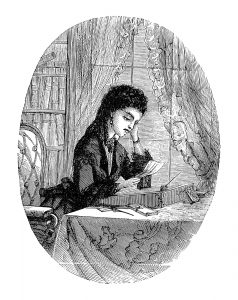 How often do femdoms have sex with their subs? When I ask this, I am of course not considering the pro dommes. And my question is that, apart from “play”, how often do dommes engage in actual sex as most vanilla people think about it ie. the actual-cock-thrusting-into-the-vagina type? Including what may or may not be vanilla, (as the domme could very well be using him as a sex toy) AND just having missionary sex, how often,  from your experience, do you think dommes do that? How well do you like it, compared to “play” without any of it?

Basically you just asked: do we want to fuck our subs; does sex and play mix; and do we just do vanilla sometimes?

For example, in my case, I could tell you that for me how often I have sex ranges from “every day” to “every few months” depending on if I have a regular partner and how high his libido is. I enjoy sex with Wildcard. It might be with all the kinky trappings or it might be a happy quickie at the end of the day.  Talking to other femdoms leads to a similar picture. Most of us have at least one special person that we like to make whoopee with, and we usually don’t find skipping some of the fetish trappings makes us feel less powerful.

I like penis-in-vagina sex. I still need clitoral stimulation to come, but my sexuality includes both the penis-in-vagina thing inside and outside of play. I would not be happy with a vanilla partner, but neither would I want to forgo anything but the explicitly kinky.

Part of the whole reason (other than the art part and the attention) I write this blog is a reality check. So I’ll state this again:

So yes, femdoms have sex with their partners, whether those are switches, subs or some other identification. And I’m sure some of you will even weigh in, in the comments to confirm that.