She bumped the double fold of her cunt against his crotch, feeling the comfortable tautness in her thighs as she straddled him, kneeling and squirming on top of his supine body. Somehow, in the bump and crash of stripping and making out between the door and the bed, they’d ended up that way, him on the bottom the way she liked.

He was naked, except for the black band of the collar at his throat and one sock, and she was stripped down to her skin, smooth, sticky with summer sweat but clean. They were both touched by the heat, his short hair in spikes, her longer hair haloed by summer curls. The fan turned its face like an indecisive sunflower, fighting the early August weather and failing to cool anything off.

His hands reached for her hips, and were captured by the wrists before he could do more than brush his fingers against them. She slammed them down against the mattress, even though his strength could easily brush her away like a gnat. But she wanted him there, and wanted him to feel at her mercy.

“Fuck me, bitch.” She hissed it, daring him. “I’ve been wet all day, waiting for you. On the bus, thinking about your cock. Craving it. So, fuck me.”

He bucked his hips, feeling the slickness on the head of his cock, the tight curls on her labia. It was a natural trick of anatomy that, rubbed together, things fit. Inexorably, all the wriggling, their struggling and then he fingers seeking the painful places on his body where he could be hurt worked to couple them together.

Inside her, his cock made itself a space, nestled up so the hardness was engulfed. She grunted, feeling its presence, making herself clamp down so the ringed muscle inside drove a tingle through her. She raised herself to a squat the planted her feet on his upper arms, still trying to trap them, and he looked up at her, seeing the stretch and shift in her torso, the way her breasts moved with her and the impacts. Balance made her release his arms so she could make their pelvises kiss better, but he kept his arms still.

“Lazy, fucking, slut.” She panted between thrusts. “Help me.”

The bed slid a bit, badly anchored as he added the bounce of his hips. She kept talking, low, her voice holding a little edge of loving malice, “Give me your fucking cock. Harder. Harder bitch. Harder, you little whore…”

Her slap was clumsy, but she followed it with more clever pain, fingers jabbing armpit, finding the tuck into the collar bone, and skittle coloured painted fingernails leaving white scraped lines and fast puffing rose runnels. “You made me wait all day for this. I wanted you in the morning, but lazybones. You fucking slept in, you little bitch.”

His forehead beaded up with sweat, but he forced himself to please her until she dug her orgasm out, between fingers flicking and the stretching and stuffing and devouring of her cunt, her words getting less and less coherent until they dissolved into lingering curses. “Ah… fuuuck!”

Her cunt homed and hilted on him as she came, hugging around the shaft, but it was just as much the rawness in her thrown back face, the flush and the open mouth that fired his balls. “Ma’am?” 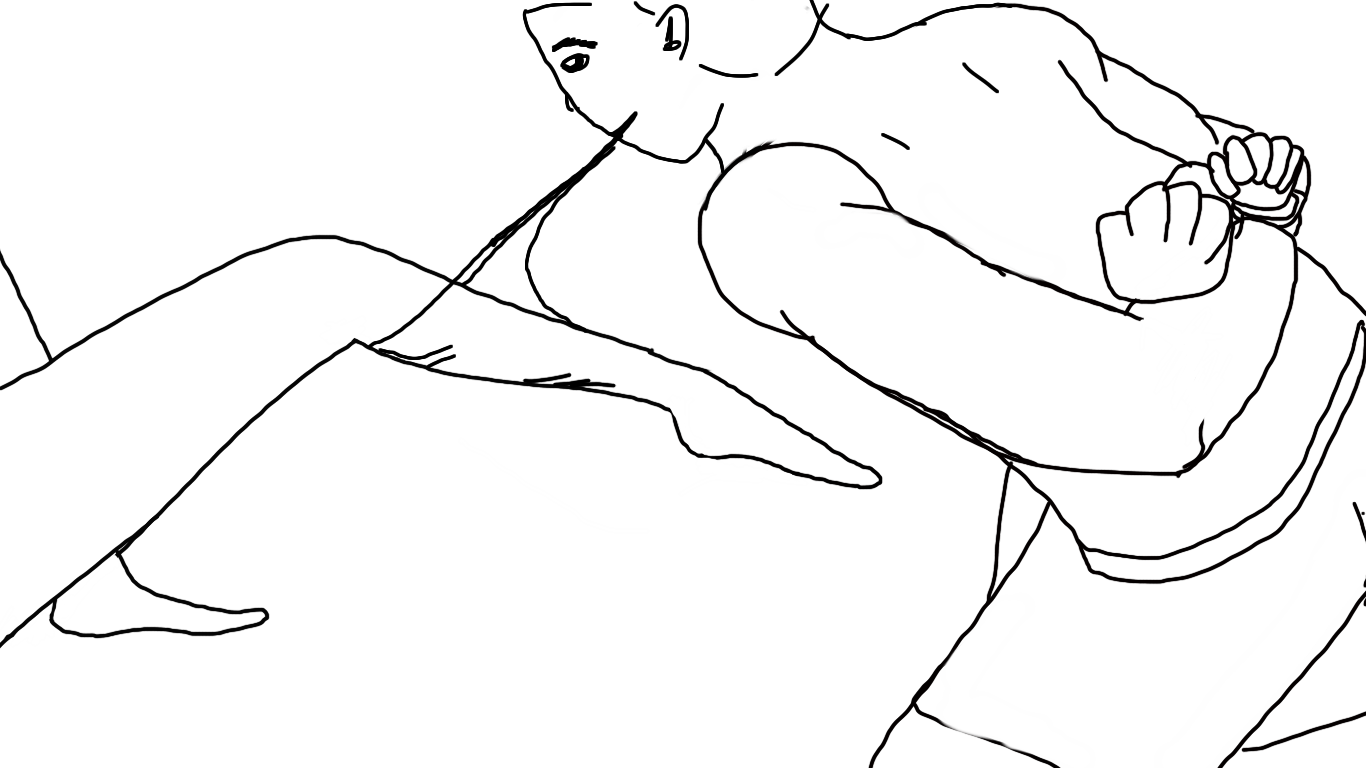 I asked, to a free drawing prompt: “How about a gentleman in the process of pulling off a stocking of the leg of an indulgent woman with his mouth, while his arms are bound?”

He waited with his head dipped, about a foot or two from the widest sweep of the door’s path, so it could swing open (unlocked) without running the edge into his bare feet or bashing the corner into him. He was folded over into something resembling a collapsed Z, knees bent, head down, sort of meditating with his back to the door, feeling the uneven hardwood boards, where they had buckled and warped from a few century of tenants, and not seeing much, courtesy of the blindfold.

It was one of those kink shop deals, with the dark leather look, and a careful shape to stop any light to come pouring in around the edges. He owned a hood, much better for sensory deprivation, but this was a gift from her. For now, he was tucked up small, listening fro the noises of the building. In the about thirty minutes since he had parked himself, naked but for undershorts and with his arms held behind his back as if by invisible ropes, he’s gotten familiar with the little creaks and thumps of a weekend afternoon.