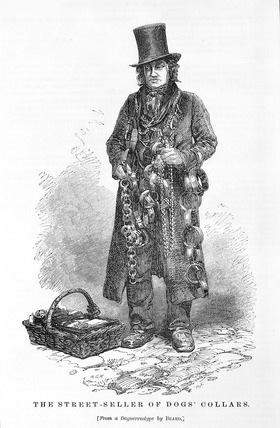 Ever wondered what those titles and identifier tags meant? This list is here to set you straight when you are getting kinky. 😉

Primal Predator: He really likes rough sex. Somehow this impresses some people and is seen as more ‘intense’.

babygirl: She’s somewhere between the ages of 35 and 45 and she has her shit together more than you ever will. Also she really likes colouring.

Domme: Identifies as female, is dominant. Gets way more solicitations to sub to strange men than she would like. Which is any number greater than zero. Also get solicitations from ostensibly dom men offering themselves if she promises not to tell on them.

Dominant: Is a dominant as noted, but if female constructions like “Domme” makes her teeth hurt.  She will mockingly pronounce it Dom-AE. As this is the gender neutral, she will also have to devote a lot of time to reminding people M/f is not the default kink setting.

kajira: Thinks belly dancing is a fetish activity. Has more slave “positions” memorized than her dom.

sub: Submissive identified. Is mysteriously defaulted to lower case as if “Dom” were a proper name. Despite the fact that the distaff side of this orientation basically does 90% of the organizing in kink, gets assumed to be less competent.

Switch: Allegedly either not real, or an inferior alloy of dom and sub that will fly apart at any moment. If female, gets creepy inbox messages from all orientations.

Masochist/Bottom: Likes to get their ass beat, is way tougher than you. Sick of being disrespected.

Sadist: Is 2 spooky 4 u. Alternatively is desperately trying to avoid the overly sentimental side of kink because the “gift of submission causes” mouth vomit.

Sadomasochist: Does not take themselves seriously, much less your weird role authority game that they didn’t consent to. Somehow avoids the bullshit “not real” lable that switches get.

Hedonist: Literally here to get laid and unapologetic about that fact to an admirable degree. Will try anything once.

Swinger: Grandpa and Grandma’s version of poly. Pays double the door price at their events if male identified.

Princess: Completely unreliable indication of gender or role orientation, but would appreciate a tiara.

pet/pup/kitten: Thanks the lucky stars that fashion trends made kitty ears a cheapo year round fashion accessory at Forever 21, has bought accessories at a pet store. Walks on your lap when you are trying to work on the computer.

Sensualist: Abhors pain. Likes orgasms. Give them a plush throw and an ostrich plume and close the door. 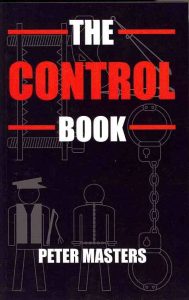 Or, as an unofficial subtitle… A Manual on How to be That Guy.

This is a bad book. It gets a lot wrong, wastes a lot of the reader’s time doing it. I’m going to be charitable and suggest that Masters is expressing himself poorly and would never endorse violations of consent. However, based on how this is written, the advice contained within has no place in a contemporary BDSM scene. It’s a pity because there aren’t really much in the way of (focused) resources about the behaviours you can use to compliment and express power dynamics. It mistakes talking a lot for making an argument and has enough problematic suggestions that it has no place in any kink curriculum.

So if you want to read it, basically imagine you were going to do a comedy skit about the ponderous True Dom you may have had the misfortune to meet at a munch, and expect a combination of tedium and terrible advice.

[Before I go any further, it’s worth noting that everything I stand for is pretty much diametrically opposite to this guy’s approach in this book. I can’t actively claim that Peter Masters is a bad person with any confidence, so if you are the author rest assured that I’m the kind of TNG/18-35 tumblr born brat that’s probably ruining kink and my shit probably looks just as appalling to you. That being said you are wrong about things with this book. WRONG.]

Here’s the highlights of the yuck:

END_OF_DOCUMENT_TOKEN_TO_BE_REPLACED

That’s my pet peeves, what are yours? 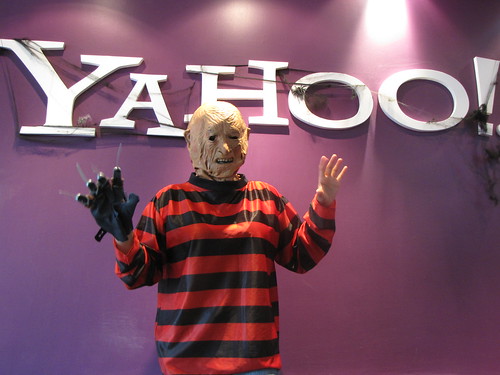 Yahoo is alarming me today.

So as part of my mandate for this blog, I want to try to provide people with somewhat sane kink resources. I’ve been feeling pretty chuffed, and sometimes a bit outclassed lately by all the great advice that’s out there. But then I decided, for the purpose of a post I was putting together to go back to the basics and do a google search or two for information. What, after all, would a complete novice, who wasn’t neck deep in blogs and online groups find?

I googled “being the best submissive” because that was what I was looking for for the post I was writing.

Let’s check out some of their advice…