So a couple of days ago Wildcard suggested that he was warming up to the idea of being my part time submissive. Our relationship has always not quite fit into people’s expectations of me, and for us, something that I’m okay with, but leads to no end of boggling on the part of people who think in terms of binaries and hierarchies. I spend a lot of time correcting people who ask “so he’s your sub…?” or lifting the jaws off of floors of people who see him in dom mode after seeing him as naked vulnerable man because a surprising quantity of people don’t believe in switches.

Wildcard broached the subject of a power dynamic when we first became a couple, as an assumption that he had that it was a requirement. Obviously *the* Miss Pearl needs a sub to be happy, right? And if he wanted to be a fixture in my life that was required and no asking for what he wanted either (because topping from the bottom!). I did the sensible thing and took him on a crash course on enthusiastic consent, veto-ing the whole no limits thing before it started. In the manner of pansexual people explaining their interests, I don’t fall in love with sexual orientations, I fall in love with people.

Some of his assumptions were understandable. Prior to me, while he was awash in submissive leaning ladies flirting at him, femdoms appear to be a coy bunch and the sum total of his experience was a professional dominant who did a bang up job of introducing him to impact play, but obviously couldn’t be expected to do more than that.

After a rough couple of weeks in that period, when I was caressing and holding him him after an evening of caretaking, he softly piped up that being my pet, you know… didn’t sound that bad. For me this wasn’t quite good enough. I like fake non-con, struggling, etc… but I sure as heck cannot handle real reluctance and told him that much. Actually I did the wibbly lower lip thing and sniffled, but you can pretend I had a non-emotional, frank and considerate discussion on power exchange like people seem to imagine I have.

Wildcard is happy in scene based, limited power exchange, and that’s been that. He made a few attempts to dom me and I utterly failed to to respond in a way he could work with, and the longer we’ve been together the more he’s had to admit that he just can’t see me as that sort of role. For me its surprisingly hard to give up a part of him, even the dominant part that I’m only dog in the mangering. Call it my control freak nature- I don’t provide that outet but it feels like a loss for me to not have access to it. But, for him he’s admitted that I make him feel submissive in a way nobody else does.

But of his own volition he’s now expressed an interest in more formalized submission in his life- still not 24/7, but certainly ever encroaching into what we do together. We shall see what will become of this. 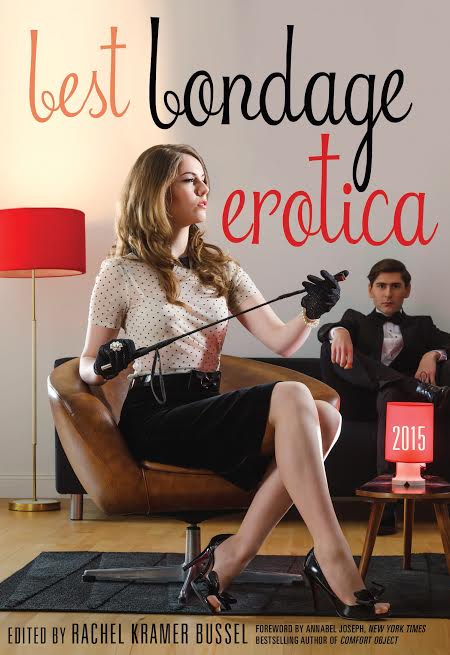 It’s that time of year again and Cleis Press is launching Best Bondage Erotica 2015, a continuation of their hot, hit series. Showcasing old and new writers in hot and imaginative kinky scenes, its a great sampler of sexy ideas.

To celebrate their launch, the’ve given me a review copy, and why should bloggers get all the loot? Since its more fun to read the real thing than a review I’m running a giveaway.

Follow the link and enter to win your copy here!

Best Bondage Erotica 2015 is also available via Amazon and Barnes & Noble if you’re not feeling so lucky- either way I’ve already gotten a sneak peek and I’m certainly enjoying the stories. 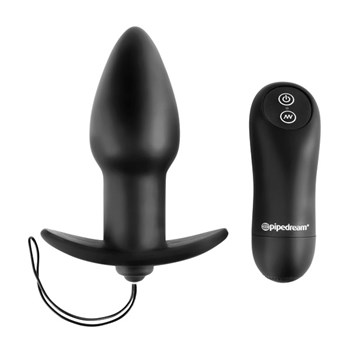 Vibrations work beautifully to reduce him to frustrated squirming, and our knock off hitachi comes to bed on a regular basis. However it’s surprisingly hard to find something that works for dudes and is portable- one supposes one can use one of the insertable eggs I’ve seen on the market, but I’m leery about losing things without a flared base in places where the plumbing doesn’t have a proper limit at the top. All manner of external vibes meant for women don’t tuck into the best spots and its surprisingly hard to tie something to a guy’s cock.

Pity its a non-functional piece of shit, isn’t it?

The first time we ordered it and found it to be defective during testing, we took advantage of the retailer’s no questions asked return/exchange policy and they shipped us a replacement. I was quite excited to get a second try, figuring that surely this time we were in for a treat. Then real life hit and it sat in its box, waiting for the right moment.

Only the vibrations, when the toy actually worked at all, were so weak you could barely feel them through the vibrating insert itself, much less the stout silicone rubber plug that was supposed to cover it. Whisper silent it might be, but this wasn’t going to get anyone’s attention, not even a tickle.

We got a little bit of pleasure out of trying to get the thing in (its a bit too big for him) but in the end this is either getting sanitized and sent back or going straight to the trash bin. One waste of time and money- a great concept and a terrible execution.