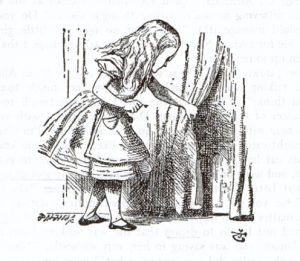 1) You are only 50% of the end product in any D/s dynamic. What you are building together, with your partner, is a feeling. This is about as tricky as say, building a sense of love or deep trust, and it’s not going to work with any random sub or switch anymore than any heterosexual man or women are automatically perfect for each other just because they’re both straight. The corollary of this is that just because he first sub identifying people you meet are not attractive to you does not mean you aren’t a dom.

2) Chuck all your assumptions on how you should act and how the other person should act out the window and actually talk about how you want things to look like together. Assumptions are like not reading the map when you embark on unknown territory. Otherwise if you’re a sadist and they’re not it could get ouchy (sorry, sorry!), or they can spend all their time sulking because they thought all doms do their particular favourite fetishes and it hasn’t occurred to you to try it.

3) Put both your fetishes into a big pot and stir them together. Dominants are not fetish fulfilment agents, but subs are not robots. Your D/s identity is only the opening line in a discussion that leads to you both getting what you want and fetishes are the extras that help you achieve that. The dynamic that works is the one that takes into account that you both have needs.

4) You may need to push a bit against people being annoying or unhelpful to get started. (Sorry, it’s probably the patriarchy.) One of the biggest things that discourages female dominants is the first time we try to assert ourselves, a partner decides to say no or make it extra difficult (particularly if said dominant is a switch), or they approached you with their desire like it was a big awful, complicated favour that has to follow the sub’s script. It is okay to say “I need you to work with me” or require things to be made simple for you. You don’t have the right to dom someone against their wishes, and everyone deserves limits, but anyone who really wants to support you should be open minded and at least ready to humour you.

5) It is not who you are, it’s what you want. You can be the most whip skilled, knot wizard girl scout with the most assertive demeanor ever, or you can be a shy and doe eyed creature who hurts yourself when spanking someone else. You can be a professional hostage negotiator, or cry when you have to ask for a raise. You can look like a fetish pinup or a soccer mom. Whatever your personality is like, what makes you dominant is the desire to dominate, and that’s also whether it is limited to your significant other once a month after church, or done all the time with a forty person harem carrying you about on a sedan chair.

6) You have to be selfish about not compromising on your core desires. This one is a toughy because nobody sets out to be intentionally selfish- but because everyone is fussy and has their own things, it’s easy to be accommodating. This ranges from putting up with partners who arbitrarily get bored with D/s, to changing up everything so you do only the things the sub finds hot on their schedule, through to dating vanilla because being alone sucks. If you do this, something will always feel a little askew and temptation to what you really want may make you resentful.

7) There is no such thing as a non-dominant sex act. You can do oral. You can be penetrated. You can cross dress, you can be tied up, beaten and made to cry in public. See #1, for the root of this and also #5- but more to the point there may also be power for you by playing with your own vulnerability and it is not a feeling of control to let custom or the judgments of other dictate what you may do. You will feel better having the sex you like rather than the sex you think you should like.

8) Your sub may come with their own baggage related to their orientation. Particularly male subs, who get very short shrift and have to deal with feeling less than masculine or unsexy. This means a lot of people who think they need to apologize for wanting you. It also means a learning curve if you two try a fetish like cuckolding, where they discover that you really are more into them than the alternatives, regardless of the flavour of your bedroom talk.

10) Not all people of the submissive persuasion know how to make themselves feel the way they want to feel. This one is also a tough-y, in that you will end up meeting people who either found the feeling accidentally in a past relationship, or during solo self exploration, who will then expect you to be able to bring that feeling out of them. It is not a measure of your worth as a person if you can’t make someone feel submissive.

11) Someone being submissive to you in a way that makes you feel powerful is magical, but can feel really scary too.  I’m not the first person to notice that the desire to dominate can feel incredibly vulnerable, but once again, touching on #1, being dominant means needing someone else to do their half of things. When you get used to saying “meh” about people meeting your needs, it can be a feeling of frightening dependence to learn there is more for you out there from a few rare people.

12) You can only be someone’s fantasy for a short while, but you can be someone’s reality indefinitely. Professional doms make money living up to people’s fantasies in short duration, and specialize in making it as close to perfect as possible to maximize their profit. However in an actual relationship, if there is no room for you to be human it is going to eventually crumble under the weight of improbable expectations. A dynamic may take maintenance, but you shouldn’t need to be constantly plugging gaps and bailing the boat to keep someone’s attention and respect.

13) Looking after people can feel powerful, but it’s not a substitute for dominance. As a female identifying person, caretaking is one of the few non-controversial routes you are allowed to gain and exert power- but watch out for letting it turn into you being used. Do not tie yourself to dysfunctional people to feel powerful and strong by comparison- they will either get better and fuck up your little plan, or stay bad and fail to be there for you when you need them.

14) Don’t even think of going semi-pro, and don’t tolerate being treated like the budget option. Either become a full on professional dominant and charge what they are worth, or stick to doing it for love- becoming a grey area pro is not going to help or make you happy and people trying to ‘tribute’ you can’t imagine you enjoying things for their own sake. Sex Worker is a job, and the rates they charge are also to screen out the guys who are not worth their time, as well as to deal with the headache of people with a “me first” attitude. Only play with people who are serious about you as a person, either out of respect and affection. And more to the point, becoming a grey area pro-dom is confusing if you ever plan on an actual relationship- and those “budget” clients will not see a cheaper rate as a warning not to push for more than you feel like giving.

15) The people who help you figure this out will come from all sorts of different places. They will be the sub boyfriend who is better at knots than you because he’s been tying himself up for years. They will be the snarky older woman whose blog finally makes you realize you can have fun with this, or that your secret fantasies have a name and people really live that way. They will be your mom accidentally pointing out that the reason why you’re not happy in your relationship is the lack of power, or even the high school boys who insisted on carrying your books. They will be the Disney villainess you were supposed to be scared of, and the person who is asking your for help that forces you to actually examine how things work. and you’re always going to be learning- there is no being done with that until you’re dead.