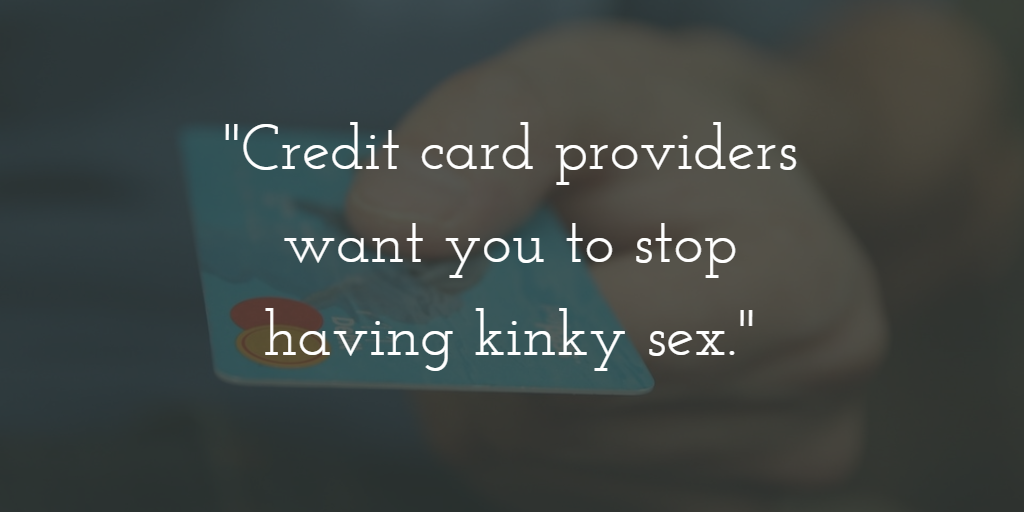 At the time of writing, Patreon and Twitter are both going through a phase of removing adult content. Patreon changed their ToU, while Twitter has been merrily shadowbanning accounts it deems sensitive, trimming them from the general popular discourse.

Twitter managed to hit historical expert @Whoresofyore during her book promo, while Ferns of Domme Chronicles and a number of other prominent sex bloggers have discovered they have been secretly muzzled. That’s what makes Twitter’s handling of things particularly frustrating- nobody knows how your posts and content pass the threshold of unacceptable. And nobody notifies you. You just need to figure out if you have been silo’d.

I had been thinking of making the switch to Patreon support, so I could put more effort into content and less into other sources of revenue, both linkbuilding for SEO (which I am iffy about) and the unreliability of getting scraps of freelance story requests. I don’t think that is as likely to be a viable option and that frustrates me. And that’s the challenge here, with trying to make adult oriented, and to be explicit, sexual art. Everyone wants the fucking stuff, but nobody wants to pay for it and admit they want it or give it space in the mainstream.

And when we do try to make stuff easier to pay for, we get yanked around by the credit card providers and financial brokers that underpin the transactions that make this possible. Because they are private corporations, unlike writing to my MP, it is considered to be a privilege to me that a few companies have a monopoly on most of the use of money that I do I and everyone else has no recourse.

The truth is, credit card providers don’t want you to have kinky or unregulated sex, and sites like Patreon are hostage to that. Meanwhile Twitter’s logic seems to be tied with the same efforts to try to scrub out trollish harassing nazis- only they remain more interested in punishing outspoken women than the people who bother them.  And at it’s core it’s a problem with our heavy dependency on for profit business to maintain platforms of public discourse but also the fuzzy moral madness around sex in society at large.

This is part of an ongoing war, both government side, and through the whims of the monopolistic control of private corporations, to decide what kind of sex you are allowed to have and talk about.

Paypal notoriously lets themselves enforce know-it-when-I-see-it guidelines and steals money left in its accounts when it decides it doesn’t like you anymore. They are also happy to piss all over sites like Patreon which try to be more liberal about their allowances. Googlewallet likes to fuck with people who make handmade sex toys.

Even youtube is having a lovely new level of horseshit with their advertising standards autoflagger- which demonstrably cares not one jot for the content but tries to protect people from informative videos about being transgender. The money, of course is a problem.

A lot of these social media platforms do not turn a profit. They are incredibly culturally influential, forming the backbone of how modern people across large swathes of society talk to each other, but even with ad revenue, the cost of them existing and their popularity does not correlate with cash. This leaves such sites particularly vulnerable to anything that might twig their revenue stream.

In this case, Youtube and Twitter get horrendously sex negative because they want to be paletable to advertisers. Caught in this squeeze between ad revenue, credit card providers and governments, sexuality suffers. Our presence pops out of existence, leaving a few socially approved authorities or a minority of people able to scratch out a living beyond the social pale as our spokes people.

That, for lifestyle femdoms, is part of our problem. Historically our conversation is pro dominated because sex workers are so abused that once pushed out of mainstream society, those that could survive there became our voice. Since their livelihoods already made them pay the price of a stigma, they became the sorce of education, bringing the norms of their work to the popular understanding of how female dominance is supposed to work.

And there is no solidarity in sexual art. Fetlife and Patreon (and Paypal back in the day) all depend on sexual envelope pushing, but when a new middle ground is established and a site gets mainstream credibility, they prune the fuck out of all the edge cases to cling to that veneer of respectability.

This kind of tut-tut moralistic censor by squick is also a huge problem if you are trying to participate in ostensibly sexually free spaces. Like I don’t particularly like those sorts of weird vore-snuff where the girl is in a state of sexual ecstasy through her very improbable public murder. I think is is weird and gross. But it is definitely harmless that someone out there likes writing breathlessly adorably voiced stories about a trio of fairy pigs having their final throws. I have to therefore endorse Your Kink Is Not My Kink But Your Kink Is Ok.

If we aren’t being covered up, places like Australia are busy regulating the type of body you are allowed to be attracted to, no small tits or prominent inner labia please! Your flower better keep closed and tucked, and everyone knows that cherries on top are just a gateway to thinking about little girls, right? A page 3 girl is a lovely idea in the UK, as is candid snaps of some celebrity’s shocking nipple slip, but even forfend she smother someone with her butt!

You get the same thing going on in very, very conservative religions, where sex is both dirty and profane, and a sacred thing they want you to have a lot of, but only in the right way. Such cultures pat themselves on the back that they have found a solution, while sexuality remains samey, easy to police, and almost universally about fucking people over to sustain the power of a small minority of powerful old men.

What can we do about it? Sweet fuck all, other than talk about it. If there is enough critical mass, sometimes you can get corporations and governments to realize they can’t hide behind “good, normal people don’t want this!” So if you have a social media account, here is your call to action- go share your favourite transgressive artists and adult content creators. Give Whoresofyore’s book a boost, or tweet an appreciative post about your favourite sex blogger, or if you are feeling daring, take to spaces like facebook and remind people at whatever level you are comfortable with, sex exists and needs to be free, but artists need to be able to get paid via mainstream methods.

Are you shadowbanned/blocked on twitter? This tool is helping us figure it out. So far this has not been the case for me.

If you aren’t following them, here are some shadowbanned awesome folks.