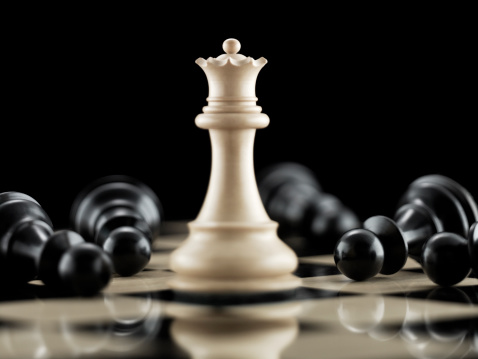 One of the most common questions in kink, particularly when you are trying to convey the concepts to newbies or people outside of kink, is who really has the power in a D/s relationship.

There’s differing opinions on that. The default people tend to go to is “The dom, duh, that’s their job!” but it’s matched by a now classic argument that the sub usually has all the power because they can withdraw consent at any time. One safeword or a serious no, and the dom is back to being Ms. Normalpants, right?

Some male subs argue femdoms have all the power by virtue of scarcity. On the other hand other, (clever) writers have pointed out a collective tendency to domism in kink society at large and in popular perception uninvolved vanillas, the idea that the more dominant you are the more weight and value your experience and opinions have. To a degree this is true- I have shiny dominant privilege that people tend to treat me like what makes me wriggle in me seat somehow comes with an extra helping of smart in my head. People generally believe that dominant sexuality is like an automatic mantle of leadership, or paradoxically expect that leader traits must match dominant leanings. This is something I can’t help bringing with me into all my relationships.

We female dominants cope with it in different ways. Some, particularly the feminist professionals, point out they are doing what they want, and is probably pretty sexist to say there’s a right way to be female.  Others, like me, devote our scowly faces to being treated as a category niche fetish as opposed to being just a dominant, regardless of the contents of my pants. Meanwhile male subs often get all sad that a poor distinction is made between marketing copy of professional femdoms and the fact that male subs are just people like everyone else.

So nobody gets to go into their relationships without baggage, personal or otherwise. But what about power exchange?