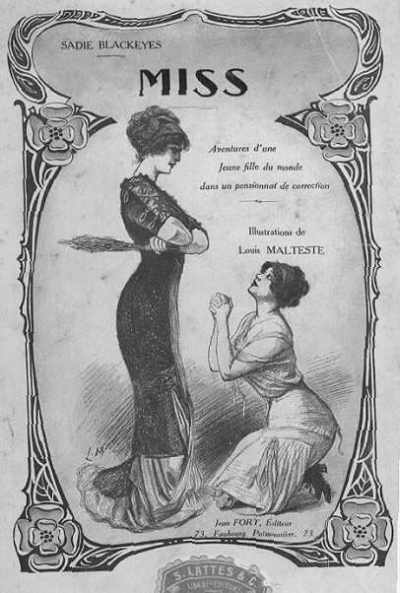 All kinky people deal with trope and stereotype expectations- plenty of male noobs ask if they can love their subs or worry about being psychopaths in their own eyes or the perception of others. On the other hand, the imagery of kink is more concerned with servicing their needs than defining their image- there are the Christian Greys of fictions improbable standards and masculinity’s own traps and snares but there just isn’t the same instant pull “yes, that’s what a mandom is!” the way that Princess Donna and Mistress Madeline and their fictional sisters completely abrogate my existence.

Long term readers know my clinging to “Dom” as a self description without the gender modifier and might have picked up on my persistence in talking about male dom with the same gender-ed bracketing, because of that feminism thing where I try to shove a snowball into a mitten before popping it into a fire in the hope that using “Domme” only on those personally identified as such will stop it being the default people use on me. Because apparently I’m the sort of person who engages in Amazon Linguistics.

Thing is, the reason why femdoms seem to be really scarce is because it doesn’t really include much room for female desire and this has been a persistent problem, not because women aren’t kinky but because how we construct out labels is entirely an effort to coral messy, often fluid sexuality into neat niches and these niches *suck*.

If you’re going to talk about a Contemporary History of BDSM or even some sort of cultural guide or explanation of what the expectations of kink are, you inevitably get a very biased account because of regional variations, misunderstanding, personal opinions and a fair amount of wishful thinking. We do know that kinky things are themselves a part of human sexuality but from there, the lineage shaping our ideas of how to do it properly gets a bit confusing. Even vanilla has this challenge- people generally talk about the sexual revolution of the sixties, but the path to what we enjoy today was a multi-step process and even that has a legacy in tropes developed in centuries past.

We do know that couples were doing kinky shit- accounts burble up of this man whose wife lived as his servant, or that woman whose dress orders include thigh high boots at a time when these were *not* the fashion. The novel lets us get peeks- for example the Brontes having little glimmers of it, particularly in their own private family writing or in the flirtations of Jane Eyre with her employer threatening to bind him. It’s possibly not surprising that novels have long been an outlet for female passions of all kinds, but also as is pretty bog standard, the medium is the message- how you convey the idea is going to shape the idea and its expectations.

Our shared cultural expectations for kink have completely managed to fail to address the needs of dominant women as a group that might be different from dominant men, by first of all shoving us into a seperate category based on gender, and then stuffing that category with wanking men such that anything the women do or say can’t be heard over the sound of a million metaphorical penises being stroked into climax. This is not men oppressing women, this is culture getting in the damn way. Male sexuality is not bad, its just loud right now, like the screamer at an orgy.

I talk a lot about how dominant women are like dominant men (often wanting fucking, etc…), but I want to say that it is my opinion that the ways dominant women are not like their male counterparts. It’s a problem in the subject of sexism to try to simply ignore femaleness like a handicap polite people don’t mention, rather than, you know, a valid part of identity to be happy about. How much of me cringing at people talking about “doms and femdoms” as if the former was not synonymous for the latter is pernicious internalized self hate that hears “fem” not to mean good, but ineffectual and other? Okay, back to the point about trying to hack out a femdom identity that feels like it fits.

First of all it may not look like what men desire. Secondly, it has to be about the actual women, not desire for the women. Beyond that, it is more likely to involve things women generally like that pander to them. Ever looked and male-male slash fiction and how often women write in power imbalances? In a world where women are, for safety reasons, notoriously coy, the female dominated realm of slash, which bears about as much resemblance to actual gay men as inch long fake nails do to real lesbian fingering action, is a perfect example of how readily that female sexual output gets filthy (and that the women who read and write it identify with their “male” dominants as much as their subs).

Looking at various efforts at trying to get women to be female doms in their relationships with male subs- I’m thinking of two radically different philosophies that managed to touch on similar methodology. Giles of Becoming Her Slave and the highly sexist Good Looking Loser pickup and men’s sexual advice blog both had the same problem and discovered when they talked about things as opposed to roles things just went a lot better. In Giles’s case he took the approach that on the one hand his needs to be spanked and chastised were a valid part of his sexuality, but if he wanted her to have power over him he had to affirm that power. GLL, of course, shat all over the bed by declaring that women are never Real Dominants, but were  very on board with BSDM staples when you sold them as sexy fun stuff not the things that made him feel submissive.

What Giles touched on and GLL missed is that in both cases is that femdom, from the dom’s perspective is about making her feel like she’s getting what she wants. The average person, regardless of sexual kinks, wants to feel desired and like they belong to and with other humans. Now GLL comes from a school of dating advice that favours the idea that women require elaborate manipulation at all times in order to have a stable relationship, I can only assume because he’s a misogynistic asshole who doesn’t like himself very much. But not touching on that subject further and just on the subject of women doing kinky things, this is quite in line with what a huge number of female dominant bloggers are writing about themselves.

If you haven’t been living under a rock, you know that there’s a lot of tension over the whole idea of “do me” subs, usually guys who go looking for femdoms with a very particular idea of what they want her to do, say, look like and feel. This, understandably, goes extremely poorly, although thus far discourse tends to get hung up on whether these are True Submissives. The counter balance is all about messaging women with pledges of house chores and scowling at men who dare express F/m as anything other than a guy only incidentally getting his needs met, which isn’t helping either. The reality, speaking in gross generalities, is that few doms of any gender mind indulging fetishes.

You can’t do anything about the irrational “I’m a dom now do everything I say” women or the “mistress plz slav” weirdoes short of flinging a copy of Inter-Human Relations 101 at them and hoping it sticks. But we’d all be a lot happier if we didn’t approach this like you were born into your BDSM role and just needed to find the other half of your set, but rather that the tools by which you communicate your sexual needs are filtered through an imperfect system that accidentally excludes a lot of women who would get turned on or emotionally fulfilled by this.