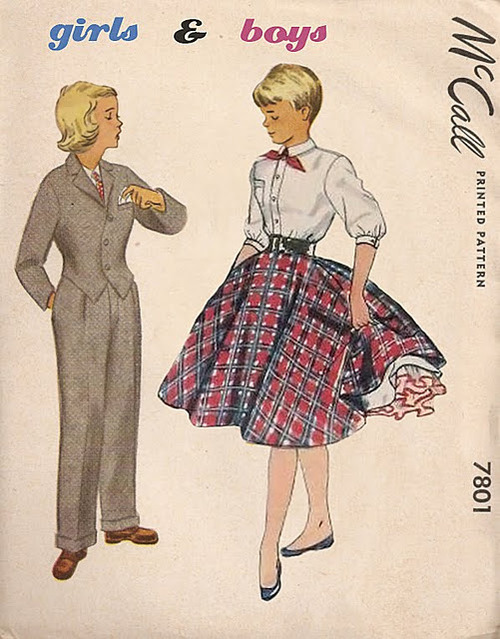 I am a cisgendered woman. This is to say that I am convinced that I am female, and the body I am in best conforms to the medical definition of female by sex. I also navigate a world that is particularly aware of the importance of trans* and non-binary gender, being the younger half of the kink scene.

Trans, on a binary, is pretty automatic, at least if you are not a twit or a bigot. I was fortunate enough that at the age that other children were being taught please and thank you, I had the process of a gender transition explained to me (why does mummy’s friend seem both male and female? He is actually a she- they are living for a year as a woman as part of the process of deciding if a surgical transition is right for them). Okay, cool, this was as much a part of the background as having a copy of “Heather Has Two Mommies” in my picture book collection, although that in itself was confusing because I had two female caretakers who were sisters, both of whom were heterosexual, and one of whom I was using a male nickname for father for but who presented as very femme.

Where I start sucking at things is where we get into the “they” pronoun situation and people who are trying to do gender fuck, or gender fluid. I realize, only with some consideration on the matter, one of the reasons why I’m finding the process so alienating instead of just another quirk to incorporate into the wide and wacky world of social etiquette is probably due to my mother’s queerness combined with their poor boundaries in relation to my own gender expression.

And this is how I ended up in toddler sized Renaissance cross dressing garb with a stuffed codpiece, and why people who see my baby photos assume I was a boy.

Some of this is personal aesthetics, my mother doesn’t like pastels. But she does not like conventionally female- and was consistently disgusted by my love of piiiiiiink. She didn’t want me to be a boy, but she did not want me to present as femme. Precisely speaking she wanted a gender queer daughter who was as uncomfortable with femaleness as she was, but only in the aspects of female identity or a white western lady that she disapproved of. I could, for example, wear a red plaid kilt, but my desire for white tights and pink dresses was her constant source of tsking.

You can imagine she also had a lot of problems handling my development as I went through puberty. As a double D, she was very aware of the need for a bra (I on the other hand, was relatively flat chested until the last half decade), but I developed upside down- heavy and full in the back- and thus followed a bunch of really critical comments about how my posture was terrible as I started to develop a perfectly normal but pronounced pelvic tilt, because I “walked with my butt sticking out”. As you, know, a person with a tiny torso and waist and huge ass is going to appear to. The battle over (my) hair removal, and over my attempt to develop any sort of skill with makeup, was frustrating. All the little critical comments baked into innocent commentary were part of a larger and absolutely bizarro land issue – the rare inversion of a cis person experiencing oppression for lacking enough androgyny. World’s tiniest violin playing the saddest song in the world just for me, I know, I know.

Needless to say, aggressively counterculture family microculture in a small town means I got it coming and going- at school and in the wider world, I wasn’t performing gender correctly as a female, at home I wasn’t proto-queer enough. I was happy with feminism in the sense of demanding equal responsibility as the boys I played with, but I was girly, not a tomboy in any conventional sense. With so many peers upset at how their parents tried to force them to be girly but they wanted to have the same playful, aggressive hobbies I had as a kid, I get a kind of divide by zero error.

So all the “they” business makes me go running away flapping my arms around because I feel like “they” have preconceived notions about the problematic nature of being my femme self. This is, of course, nuts on my part. No they identifying (or gender fluid) people care what gender I express myself as.

But delving into my emotional thinking: When I hear people explain to me in cheerful earnestness that they are female bodied but don’t like female OR male pronouns, or want to present as female but get a male pronoun because they find the genderfuck aspect is amazing to them, all I can filter this through is “Oh gawd, not this shit again.” Then I go flog myself because Nobody Should Be The Gender Police. I’m extremely sexist because I hear someone say that they don’t like being identified as female because blah, blah, blah baggage and my first response is a defensive “WHAT’S WRONG WITH BEING FEMALE THEN?”

As if it was personal.

Gender is always personal though. That’s probably the crux of the problem, that I care deeply about accommodating something that exists entirely on the insides of our heads. I can’t see anyone’s gender because it’s not attached to their sex parts.

For example, I have a friend who is a they, who presents female mostly, but sometimes they want to be “treated like a boy”. And I have no fucking clue what that even means. They want me to get mad at them for displaying emotion, treat them like a potential violence risk and assume more competence and leadership potential?  But these are all things I try not to do to the cis men. And, as a cis woman I don’t like it when say someone assumes I’m obsessed with shoes or am the only one in my heterosexual relationship with basic adult competence. None of this is part of my gender. I don’t know what other people want as a part of their gender.

For me, I perceive gender (as a collective, shared thing) as being the specific bullshit your genitals made people expose you to, that developed your identity. But lacking precisely the same sort of bullshit of a lot of people, the (largely initially, sometimes currently female bodied) social cohort I now desperately want to remember to use their they pronoun on are coming from a different frame of reference than me.

I’m writing this largely to process my feelings on the subject, and because I haven’t found  anyone else with my problem out there yet, but I guess the sticking point for the “they” is that I see your preferred gender as being your bullshit preference, going forward, and they people are mostly making a no more bullshit request, and I don’t believe that’s a thing. All we can hope to achieve is a third (or fourth) brand of bullshit, or changing the bullshit to different bullshit.

Maybe I am wrong. I want to be educated on this, but I find because of who I am, a lot of the free floating resources on the subject are inaccessible, largely because of the progressive culture shiboleths not matching with me at all times comfortably. So I guess the only conclusion I can put here is a collective apology. I’m sorry I fuck up your gender. I know it’s important to you and the fact that it has meaning to *you* is all that matters. I can empathize from personal experience having someone fuck up what your gender means to you is profoundly belittling. But I can’t promise always to provide you with the correct treatment  because I don’t always know what that means.