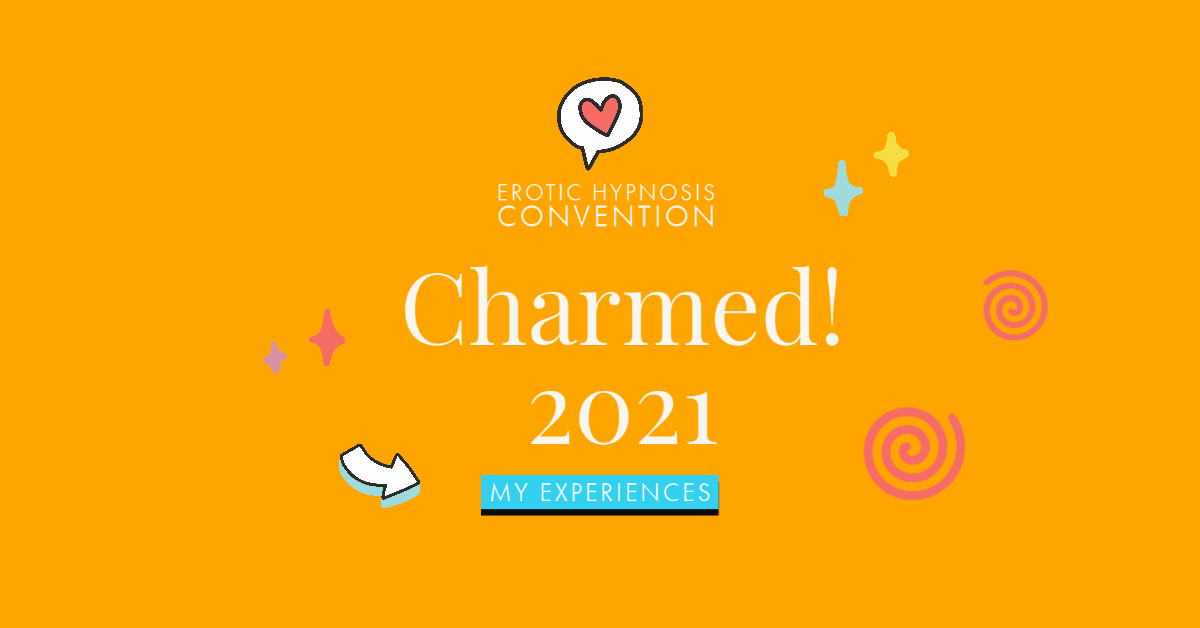 If cost was a prohibitive barrier to me exploring latex, the complex vocabulary and my own skepticism has always limited how deep I could go into exploring hypnosis. Enter Silver, a regular subject/sub/victim to turn my mind control fantasies into mind control realities. There’s praise there for how much his experience in this kink has accelerated my own confidence and growth.

I really cannot stress enough the symbiosis in a dominant’s skill and submissive’s skill. The constant emphasis on describing submission as a passive act, and dominants as the universal energy and experts of all kink robs us of so much potential, particularly for baby dominants. Exploring Hypnosis as a niche of a subculture I have found a lot to like. There’s less emphasis on the “True Doms” (or gendered primacy the way rope feels like it decided hemp and patriarchy were unavoidable defaults) and a lot more space to blend it into a whole life rather than being a commitment to a different world.

As well as the classes, my primary interest, this way was a good path to getting to meet everyone I cross paths with on social media. On the other hand… a caveat on my review is that I snacked on the events, rather than immersed myself in the classes. It was a busy weekend with a lot of intervening RL interruptions, so I shouldn’t be taken as the last word on this event.

Anything I say is my opinion. My experiences may have been significantly influenced by my own choices and preferences, and I didn’t identify anything I hope you, reader, would see as a call out.

As far as what I learned, I didn’t find I got much completely new information, but I liked getting insight into how other people do things and it was a good tool to tie what I know intuitively to more shared terms.

The vocabulary term of the con that’s new to me? Autogenic or “self generated”. Thanks TranceAtlantic!

Speaking holistically, on my explorations thus far, hypnosis is something where classes I have attended have all been different ways to say the same thing. My appreciation of this, as a facet of kink is that hypnosis makes it easy to see the difference between theory and a lot of practice.

My biggest regret with the con was probably the timing simply meant the classes I most wanted to attend were overlapping with me running about doing other things. That can’t be helped, but it speaks to my own enjoyment.

Again, not the instructors fault and I probably owe her an apology for being the cranky contrarian in the question section.

I also got a good part of Can you see what I am saying, which was a good introduction to communicating metaphor and immersive imagery across different minds. Alas my internet derped to much to get Imaginatrix’s class on boundaries. I could also see that my current favourite SexobsessedLesbian did her Kinesthetic Hypnosis class again.

Sunday I had an easier time getting to catch the last few classes: Online Hypnosis, The Wizard of Awe and a class on recording hypno files by The Secret Subject. The latter was definitely the most in depth and actually stuffed me with information on recording more so than I think I could absorb in one go, but largely presented a lot of space for follow up. The Online Hypnosis workshop, on the other hand was a more technical framing class that looked into having a more dynamic presence on webcam. It complimented The Wizard of Awe, by a person who goes by El Brujo, which was by label, about stage magic in hypnotism, but in practice was a lot more about practical examples of the fact that trance begins long before the formal induction of a symptom of the framing and expectations.

And there’s an additional benefit- everyone giving a class had a lot of experience with having a soft, pleasant voice. So even the parts that weren’t falling off my seat with new tricks were pleasant background noise.

One thought on “Notes on Charmed! HypnoCon 2021”