, by Charlotte Stein, is a rare example of a femdom book designed to appeal to a woman and which also does not get hung up on the idea of making her into a pro or head mistress or some such. It’s fun, it’s light and it even has a wee little bit of romance. And a very mundane setting down to the fixtures and baked pasta dish (surprisingly memorable in the way that you remember those little details when you fall in love) and a submissive male lead I could actually see myself wanting to fuck. That, in a world of pornography that goes out of its way to sell male subs as walking creep farms or eunuchs, is a very rewarding achievement in its own right.

The protagonist, an owner/operator of a naughty book store “Wicked Words”, has her choice between Submissive Gabe and Dominant Andy. Meeting both men as potential workers in her shop, she sets about shagging Andy seven ways to Sunday while sexually teasing Gabe non-stop.

I will say that Dominant Andy did nothing for me. I generally like my subs with an aggressive, self assured streak, but i he had been the only sales point of the book I would have put it down. As it stands, I got thorough the scenes he was in by skimming or irritably muttering under my breath: “Go away, Andy!” I can’t tell if the writing was not as strong or if it just wasn’t my fetish.

But Gabe was a fun male submissive lead with zingy chemistry. At times it touched on the idea that he was submissive because he was broken, which is not an idea I encourage, but on the balance it also made him a pleasant mix of fragile and tough, in a way that made my overly maternal dominant heart go pitter-pat. I had no trouble believing this half of the triad was bound for steamy fun. 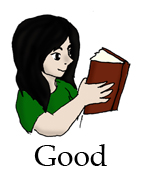