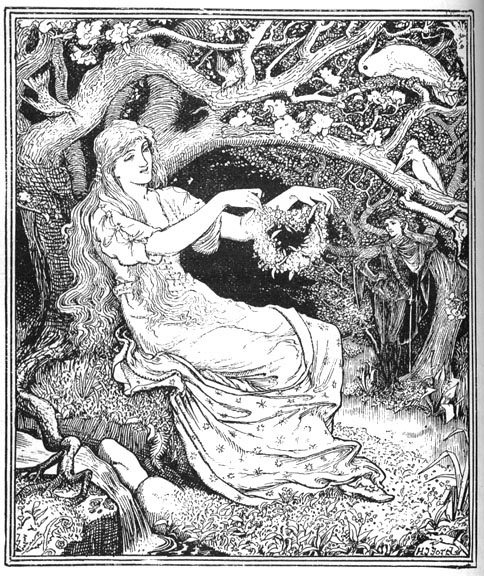 I tried it as a teenager- I liked (and still like) the idea of getting power from my sexuality, liked the idea of men fawning all over me and certainly fit nicely into my dark sorceress fantasies. But in practice it was such a bother to get someone to play along- teenage boys aren’t, as an audience, adept and ready for consensual domination. The ones that are tend to have got there via porn made just for them. And if I’m good at anything its forming myself into other people’s perfect fantasy. But oh lordy was it a series of tedious tick boxes- no tension, no zing, so service-y.

On that line, people have occasionally found it remarkable that I refuse pro work. Wouldn’t it be perfect to be paid to be me? It’s not out of a rejection of sex work (I’ve made it abundantly clear I’m an ally, if often a clumsy one), but a distaste for the profession in particular because it is NOT me. I write, not to condemn the hundreds of women who pay the rent acting out a very specific and much beloved service- but precisely because it is next door to my vulnerabilities. For me, professional domination is taking an intimate part of myself and putting it to work for the needs of others. That’s the part of femaleness that makes me feel least powerful, the emotional shepherd part of the glorious indoctrination of girlhood.

And inversely, I don’t like that being a commanding woman is itself considered to be a niche fetish, with a special wardrobe that fits into no context except for that of the dominatrix- rule and people start cracking jokes about whips in the same way they’ll call you an aggressive bitch. People moan about the lack of clothing choices for dom men to be “fetish” wear, but a codified dom uniform for women doesn’t exactly scream inherently powerful either- maybe sore feet, sweaty and short of breath at best. I’m not saying you personally should give up your “mistress’ heels or whatever, but from my perspective if you have to wear a special outfit to be taken seriously, that awards the outfit more power than you.

Granted a lot of the other stereotypical female power things don’t help either. Step away from Ilsa, She Wolf of the SS’s angry, black clad sisters and its all about The Goddess. Not any specific goddess, mind you, just middle class white folk’s idea of the primitive feminine- and that trip traps into sacred motherhood, where all I am goes from being the bedevilment of men, to the state of my womb. This is not an improvement.

Maiden, Mother, Crone… even with religions that are not some sort of cargo cult constructed to summon a hypothetical ancient tradition that’s more wishful thinking than a part of anyone’s heritage, religious history gives you shitty options. At the very best, you get a goddess who’s some sort of primal force, while the real women of the culture are getting their faces rubbed in the dirt, same as everywhere else and the religious women who get respect are paragons of self denial and chastity. Among the Christian saints, someone’s mother or someone who died a virgin are about your only options of your own personal halo. That puts the feminine-as-a-power-source as an awkward place for a barren woman to try to be. By choice, over about half my life, I’ve stopped up my womb with the best medical science can offer, with no plans to stop. The thing between my legs is strictly an organ of pleasure with an excretion mechanism piped through it. Making it so is my aberration and my actual expression of power over myself- being maiden/mother/crone by default is a profoundly anti-choice. Respecting women as the generative sex, and making that respect’s primary root, treats childbearing as the spontaneous reality for every woman.

Popular culture is getting a teeny, weeny bit better sometimes. I might personally find Game of Thrones an obnoxious work of historical fan fiction by someone who decided to cram every bad thing that ever happened in five centuries of European history into the lives of some truly tedious people, but at least Dany the magical princess queen gets to fuck and gets a wardrobe marketed to something much of the audience would wear of their own volition. But even she’s menstruating all over her dragon (and whose role in the story seems to be to allow the author to hammer you with how savior in a crown fantasies are at best childish, as you get to watch her ruin stable independent city states). And female characters who express power are usually trapped in the same binaries- they eschew their gender to take up swords, because somehow you can’t be both woman and warrior, or they are fundamentally the ping pong balls of male characters. It sucks to be reduced to the potential of your parts or your ability to make men feel lust or sympathy.

Taking this beyond well trod rant, as someone who is feminine and content with the whole cis thing (not exactly het, not invested enough to call herself bi), then as a woman who likes the whole power thing you run into the other problem, of the association of power with the masculine. I’m 5’5″ and approximately 135lbs in a world that values size. My voice is high, when power is signified by a deep rumble. That’s not even allowing for the well studied gender biases that show how easily what I say gets translated into something ‘shrill’ through to ‘crazy’ and so on.

Any power I have, that belongs to me and not my uterus or a work uniform is going to be about transcending that while not having to give up my cis identity. It is making those to whom I have power over listen, to metaphorically get on my level instead of demanding I tower above them. If there’s a part of femdom that is sex specific, it’s about navigating the gender boxes unique to women. The most powerful professional femdoms I know are not the ones skilled at pleasing clients, it’s the vocal sex worker activists who break the fantasy that they glide along in a sea of tribute and point to the very real stigmas they deal with. Its about making peace with the bizarre relationship humans keep making between penetration and dominance based on your personal feelings about your orifices and the use you want to put them to. Its about navigating the sartorial and making people respect whatever you choose, as well as finding your peace between the shared implications of a particular garment and your own feelings on the matter.