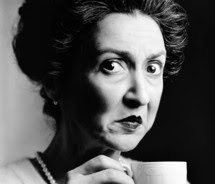 1) It’s so fantastic that you don’t charge money to dominate, not like those stoopid fake pros/findoms/etc… I recognize that the presence of a large number of sex workers can be jarring through to be depressing if you aren’t into paying. I get it’s intended to be a compliment, but it comes across as kinda weird- especially coming from a male dom who’s just trying to make conversation or if it ventures into bashing pro-doms. I’ve never disliked pros as a category just because I’m not one.

2) Wow! So young to be a dominant! That’s so unusual! Ditto. This is a context thing- mentioning there’s not a lot of younger dominants in your area isn’t going to get my dander up. commenting about how it’s such a strange sight that a young woman calls herself a dom is liable to get frosty ignores.

3) You know, if you want to sub, I promise not to tell anyone… No. Ick. Die in a fire. Trust me, when I get beat proper, I’m comfortable enough with my masochism to talk about my bruises with everyone. You know who doesn’t get to hit me or tie me up though? Creepy people who want to dominate me.

4)  wat do u like? I’m a snob. Sorry, I won’t attack you over typos or grammar mistakes, but there has to be a certain degree of coherence or me to maintain a conversation and/or attraction and language skills are a crucial part of the mating dance it takes to stimulate me. On another note, an opener asking me my fetishes seldom goes down well with any woman. That’s a conversation that’ll come up later if you’re worth it, don’t worry.