men who fight for female spectators 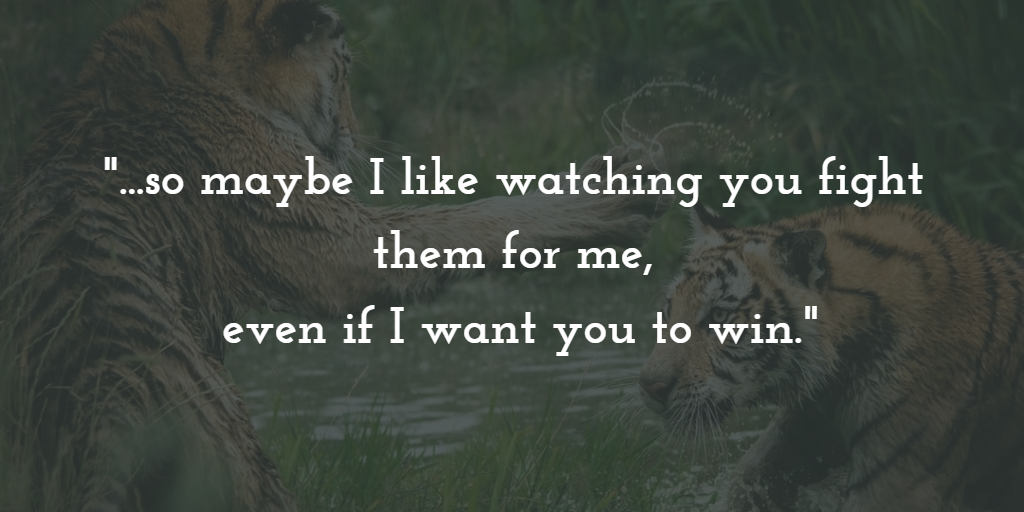 “So multiple people offered to throw in cash to get me to go to this event at $nerdhobby, I am so popular.” I’m not bragging, I’m surprised at my popularity and slightly bemused by the absurdity.

His reaction is to miss a beat, face going suspicious, “Oh really? Who?”

“The very gay $nerdhobbyguy, for one.” I know the implication, but I live with it and measure it accordingly. Boys offering you things is kind of par for the course as an extra level of social complexity to navigate. It sucks as an artist of any kind, because patronage is also how we wend our way, and nobody likes trying to suss out if you are trying to fuck me or support my writing. And I never apologize that men want me.

He’s not quite calm about it, not mad at me or displaying any sort of impolite or threatening anger, but outlined to me what it had always meant when he had offered to sponsor a girl, and then realizing that I might take offense either via implying I condoned really low wage sex work or was naive to the ways of the world, falls into repeatedly reassuring me that he trusts me.

Brick, you see, is a jealous man but not a controlling one. He’s liable to characterize it as “protective”, from the perspective that I need to be saved from all attention, pursuit and appreciation. On the other hand there’s a definite thread that we share a similar mean little desire to reject and trammel all over a guy. You’re never going to catch him as the forced bi bull shoving his cock down a would be rival’s throat, but there is a desire to emotionally and socially dominate other men (and in fantasy land probably beat the shit out of them) that pretty much occupies the same space a cuckolding fantasies do in the continuum of things men are socialized to have feelings about.

But, I like watching you fight them for me, even if I want you to win.

I am not one of those people who thinks that jealousy, or any feeling, in the abstract, is bad. I don’t think one’s feelings entitle you to automatically make the other party responsible for them, but I like the honesty and vulnerability in him getting possessive, the itchy fists and raised hackles. It’s hot. It makes me feel in control and turns me on. I enjoyed that Brick’s reaction was not compersion, that mainstay of the poly community, but murder.

I’m careful here, because this is a raw dynamic, which means that it’s his Real Feelings (TM) and could actually hurt him, so I’m not going to do anything to actually harm him or manipulate him. But I like that the script is there. I like the idea of using him as a tool of my sadism and dominance. I think he would get worn out and stressed if he thought that other men were constantly testing the boundaries of his relationship in a way that imperiled him, but I’m still going to enjoy it when it accidentally falls in my lap. And I have more thoughts on that… END_OF_DOCUMENT_TOKEN_TO_BE_REPLACED