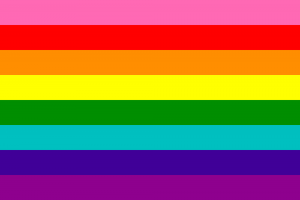 This is more like a one shot service announcement, but as a sexual libertine I wanted to put this out there, based on the Orlando tragedy:

As a non-American I don’t feel qualified to give more than an opinion on the subject of gun control (why do you need those? wat? whyyyy?) but as a sexual libertine who screws and plays with people anywhere on the wonderfully unrestrainable gender spectrum, and whose life is so far on the side of sexual liberal that I don’t even know what normal looks like anymore…

We don’t deserve to die, and what kills us is not our choices, it is the choice of others to hate us. And that hate is not uniquely confined to any variant of monotheism, that is a 100% optional. Let every politician who hemmed and hawed about transgender bathrooms or gay marriage know that YOU did this. Let every pastor who decided that the pulpit was their hate catapult be ashamed. Let every TERF who sneered about what a “real” woman was hang your head in fucking SHAME. Hell, even you in the back who was hoping to be the bigger man and saying that it was okay for people to be perverts as long as they hid their icky secret and never expected right, fuck you in particular. Fuck your hate the sin, not the sinner. I am my “sin” and if love is a sin, than fuck you, we love.

The killer was your textbook scene creep (you know the type, nasty messages, nasty disposition, missing stair extraordinaire), lashing out from the closet doorway. Sure he dressed himself in the raiment of whatever big name terrorists he could wind about himself, but if you are buying into this as a remotely Muslim thing… well I don’t know if the word “racist” applies to hating on such a pan-ethnic faith, but you are certainly an ignorant bigot. More than that, you’re explicitly on his side, where he loudly tried to distract everyone from the fact that this was a hate crime with a huge component of self hate. This was the UpStairs Lounge arson attack again, made possible with assault weapons. This was a horrible, abusive person abusing what he (secretly) loved as surely as he abused his wife. Fuck you for trying to make this a talking point so you could bully and harass Muslims in the name of people that, let’s be honest, a decade ago you probably barely acknowledged as human.

I love living in 2016, where Axe body spray ads feature men in heels and I can marry any one adult that will have me. But holy fuck, guys, can we not make a hate sandwich and pretend that being mean to gay people isn’t a homegrown bit of bullshit bso we can be horrid to brown people?

We clear? This blog is pro QUILTBAG and pro any damn faith that gives you peace and cultural warm and fuzzies, whether it’s all of them or none. This is just another drop in a rainstorm of people shouting about gay rights and not being a bigot. But if i have a soap box, I will at least express solidarity to the some 10K sessions you guys make here monthly.