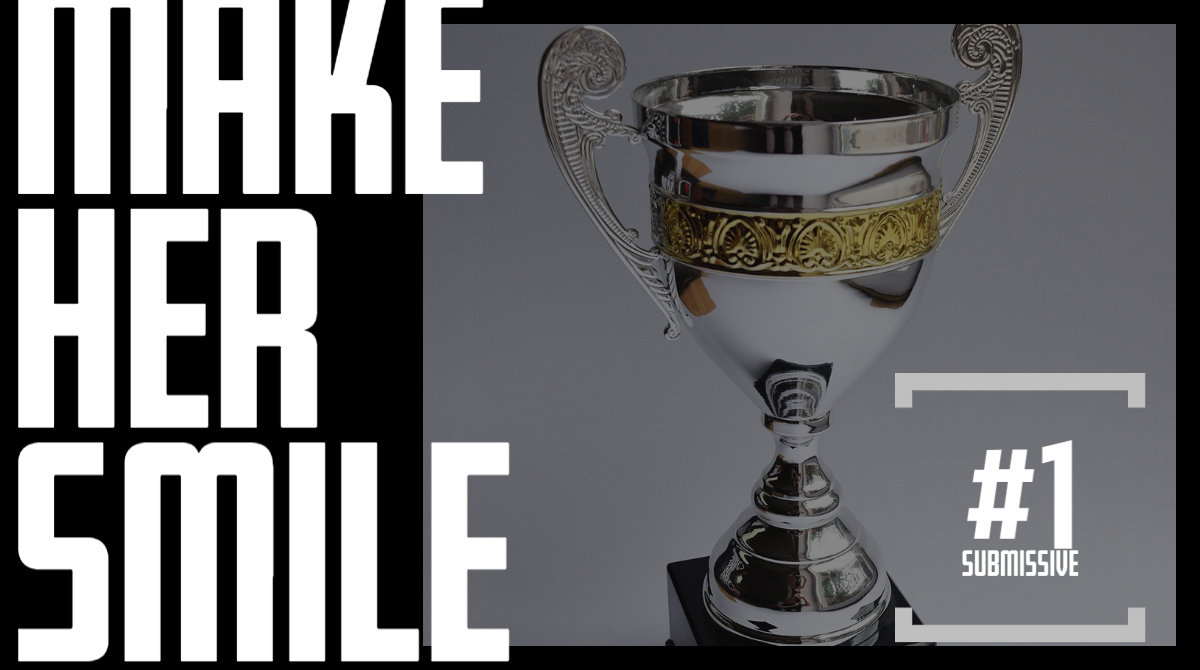 I will punch you if you suggest there’s something wrong with my sub because he’s not a domestic slave.

Okay, it will be a no contact punch, delivered with my mind through making my eyes very narrow and growling at you, probably miles away, over the internet. I never claimed to be effectual about my anger management problems.

However, once you leave the territory of minimum obligations for healthy human relationships, that’s when people start getting picky, and you start getting the anxiety and the whining. And the posturing. And the fantasies. The top two things that seem to come up, time and time again when it comes to sub hunting, is male doms wanking about not wanting a doormat because it reaffirms their masculinity/dominance or something, and female doms and subs talking about how they don’t want another sexually objectifying asshole. And of course the male subs would please like to stop being treated like they need to pay to breathe and the femsubs are getting tired of being asked to relocate to Utter Pradesh after doing a naked webcam show for a man old enough to be their grandfather or young enough to be their son. Both doms and subs get pressed to be “true” and role conform.

But, I feel like submissives deal with a lot more silly assumptions on what they must do as subs, and how things are supposed to work. And it’s also a self inflicted thing as well as an external thing.

While the plural of anecdote is not data, time and time again, I hear about subs worrying that they will make their dominants look bad, or that they’re not submissive enough, and when they’re not flogging themselves, you have an army of cheerful gawkers bringing a boatload of assumptions: Your sub expects to be loved? They don’t cross dress? He doesn’t wear a chastity cage 24/7? You don’t train her to respect everything dominant labeled like it was you? They don’t instinctively find it easy?

But, the net result if you tell someone “I keep him around for the sex, the snuggles and the smiles”, they do a double take. Granted the sex is sadomasochistic but…

Strong care really deeply about making me happy. This is his first go around on the Owner/property thing, and though it’s technically mine, I had a lot more messing around on the dom side, so I at least knew what to expect. And one of the things he brought with him was the worry of expectations people have for subs and what people would think of me if he does things in his muddling way. I wanted to tell him it was bullshit and all in his head, but instead I had to be honest and tell him to ignore the idiots.

I imagine, if I told him I wanted expensive gifts, he’d start selling off kidneys (possibly mine, being that he’s an inventive problem solver and my kidneys are healthier). If I told him I needed house chores, I’d get house chores done. But he doesn’t fetishize either, although he does the traditionally masculine romantic shtick well. It’s not that, thus far, he’s unwilling. But, I don’t want either thing.

The result is a lot of well meaning comments from people who think a D/s relationship means never doing the dishes again, followed by bafflement at my priorities. Why would I want to do my own house chores if I had a sub?

And yet, for me, a pre-play activity is the meticulous sweeping of the floor so that a kneeling naked man won’t accumulate fluff. I want a sub I can pet and bring breakfast in bed. Strong’s bottomless desire to look after me and my well being is actually something I take in very small doses.

So the default domestic sub shtick means feeling uncomfortably like people are confusing housespouse with D/s, to the extent that I have a back of the mind awareness that there’s people that think “wife” does this as well… Or that a dom doing laundry is being demeaned. And yet there’s the assumption that it’s automatically supposed to make the dom happy or that a sub automatically does all the things that might improve the life of the dominant without recognizing that you have to pick your battles and priorities.

Similarly a malesub is expected to be a masochist, an anal slut and a cross dresser. And he’s supposed to do all those things well and according to conflicting instructions- he can crave a beating but he also has to fear me doing it; he’s supposed to be focused on my pleasure more than his, but I’m supposed to stimulate his prostate with a piece of nerve ending free silicone; he’s supposed to be abjectly humiliated to wear panties, but really turned on, etc… But if panties don’t symbolize a particular thing to the sub, there’s no charge in putting them on, just a dom with panties that are all stretched out. However, even guys who are not into it will suggest it as a thing I can do, because good dominants do that, right?

And a lot of judgment about “good” submissives boils down to particular fetish clusters like my cross dressing example, but also a lot of stupid stuff related to how I’m supposed to interact with my sub. For example if a relationship problem comes up on a discussion forum involving a male sub, someone is going to helpfully suggest chastity. There is always that person in the audience, be it Elise Sutton or some earnest genuinely nice person with their dick in a little plastic cage, who’ll point to the fact that a lot of guys feel submissive without orgasms and obviously feeling submissive is the same thing as doing what you want, right? Subs are also apparently controlled entirely by when they last got sexual release. Woo, you too can be a dom if you’re prepared to give up your love of cum and not thinking about your sub’s sexuality as a positive thing. (Orgasm denial is way more complicated than this, but if it’s not your fetish, it is again, another duty-assumption)

Or subs are expected to respond well by being “punished” enough. They also get described as having very docile natures or fragile psychology, not to the extent that all humans have insecure moments and subs might tackle unique challenges related to that, but like their little heads will explode if they are not handled right. Bringing this back to were I came in-

Every D/s relationship generally has some underpinning that are based on the unique chemistry of the couple. There’s commonalities, otherwise we wouldn’t be able to hang together in a shared subculture- but there is a reason why not all subs and doms fit into each other like universally sized nuts and bolts.

So this sets up a really big challenge, because people want to be good at sex and love. There’s some efforts to condense things into some sort of easy to understand ideal, for example Ferns and her “just submit already!” approach, and a lot of stuff being said about good communication. But I also don’t think we really acknowledge submissive performance anxiety enough.

I will not argue the validity of hearing “good boy/girl” because for me, as a dom, being able to say that is just as precious. But if you are serious about being the “best”, the sub that everyone else is impressed by, it won’t be in the hits you take, the ropes you bind yourself up in, or some sorts of arms race of obedience- you can be a pretty hot catch, but the glassy eyed warm and fuzzies of your dom exceed trying to master someone else’s protocol.

6 thoughts on “The Secret of Being the Best Submissive”