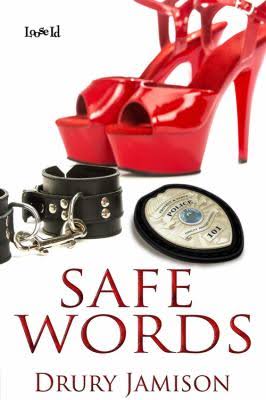 Safe Words, despite the generic title, is good.

Specifically, there’s a few things I think are worth calling out as being particularly well handled. The main one being that we see submissive men as a wide range of complicated people with lives outside the bedroom. There’s no cliches about high powered executives blowing off steam or docile meek folk- every single guy has the same range of human agency and can be a good person or a bad person.  The love interest, Anderson, shows both agency, preferences and a spine. He’s, dare I say, cute and not ruled exclusively by his kinks. He’s well adjusted and likes himself. I could see myself chasing him.

What about the hero?

Romance has a hard time with sub men. With the genre aimed at making men into sexual objects, a lot of novels fall flat by making the guy either a pushy weirdo or a non-entity. Anderson, Eleanor’s psychologist-guide to the kink scene, is a bit of a cipher as we don’t really get a direct window into his head, like a nuanced person with other stuff going on than his penis. That’s damning with faint praise, but in a writing genre where “he had an erection” is used as shorthand for “he is interested and interesting” it’s nice to see that Jamison tries to have him express himself through word and looks. As a person has his own agenda, reputation with other characters, and past relationships. He makes good and bad choices, expressing a lot of courage but also managing to convey a desperate attraction and vulnerability to the heroine that he keeps on a short leash to be polite.

Gender comes in here a lot. Our male protagonist is not a sissy, but several of the other male sub characters are (and one is actually trans), and some of the development of their relationship is Elanor realising she doesn’t so much mind being a woman as what she previous assumed was mandatory submission and passivity. Anderson’s version of a sub knows and enforces his limits with pleasant firmness (for example where explains he is not a sissy, and the Mistress he would obey would not want that) and we don’t fuck around with “no but your dick says you want this!” limit pushing.

What he provides is what most femdoms want, someone who affirms and loves who she is, and gives her space to express the vulnerability of command.

Okay, what about the book as a whole?

I think my favourite part of this is that there’s enough characters that you get a lot of examples of femdom relationships with real humans- and see a spectrum of sub guys from the killer (anyone who has gotten an unhinged inbox message knows how believable it is that there is a Buffalo Bill knock off out there); nice, really loving husbands; hot singles, etc… When male submission in fiction tends to be treated like a bizarre anomaly or some sort of inborn fetish reflex that turns off a person’s personality, seeing it sketched out in a broader sense is much needed room to breathe.