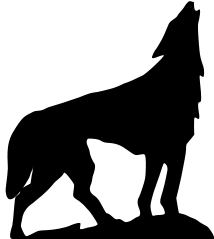 It’s an often unreasonable criticism of something to accuse it of resembling a romance novel. Actually this is one of Fealty’s core strengths as a short  story. It’s free too!

Fealty works for me because it’s basically one of my fantasies, albeit treated much more nicely. The Baroness of the story, finding herself widowed and free to marry whom she likes, intercedes in the life of her true love when he swears an unbreakable bond of fealty to the wrong lord, an enemy to herself and their lands. Holding her knight captive through magic, she keeps herself entertained while holding him prisoner. He, in turn must reconcile honour with his love for the lady who is holding him.

I compare it to a romance novel positively, and it has a lot of the core strengths of the genre. As I’ve talked about before, romance novels are female achievement stories- and there also tends to be a focus on hearth and home that has the practicalities of a chatelaine. Since so many femdom stories focus on a male audience first, it’s a nice change of pace to have a by-women-for-women approach that otherwise characterizes romance as a genre. Much like the genre it’s very sweet about the sex- the language is circumspect even when she’s literally riding his cock- lots of wetness and rubbing, less vulgar. I am a filthy mouthed bawd and it’s nice to see someone be a hell of a lot more subtle without losing the point- and I can believe Baroness Myrtle is getting off.

Particularly worth note is the deliberate non-inclusion of rape in it. Although magic/fantasy stories allow for plenty of scenarios of beguilement, the female lead makes scrupulously sure that, prisoner or not, her captive knight wants all the sex. I generally shade a lot darker- but I appreciate the relevancy to a broader audience.

Category: Short Fiction
Rating: o~o~o~o (4/5)
How I got it: Free!
TL;DR: Short and sweet, more tender than mean. Captivity with consent, with a very fantasy romance flavour.