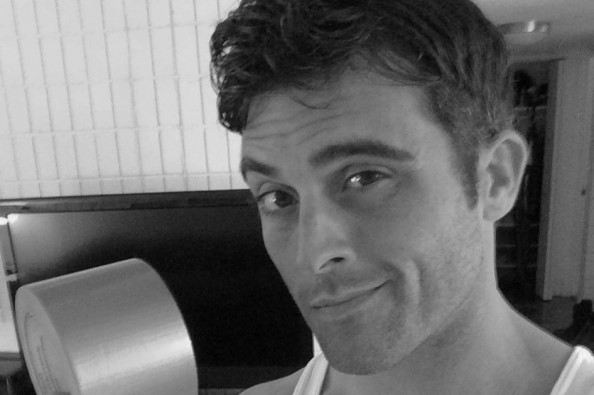 Here’s the scoop on his self produced malesub/femdom work:

What he gets right– Videos depict sub guys as inherently desirable and the focus of sexual attention. Amusing ideas that put female dominants in a role with more agency than just being irate. I find it easy to project myself into the actresses in his vision. and how often do I get to say that?

What didn’t work for me– Try as I might, many of the scenarios lacked a little bit of chemistry or tended to veer into too absurd. For example I liked the idea in one of his sample videos of a woman who hires a stripper to take advantage of- turning what was supposed to be a sexy dance into wicked abuse. One the other hand the mood ended up being good natured confusion “Oh, you want to kick me in the balls repeatedly instead? Oooookay!” thus losing the forced elemen. While Lance Hart’s body is made for still photography, he’s still testing the waters for the right mood in motion- looks super vulnerable in stills, tends to look mildly flabbergasted when acting in his own stuff.

Nonetheless, I’d be interested to see what he is producing in another couple of years- there’s some raw talent these I hope gets nurtured. He definitely deserves a break and I’d totally put him on the list of people to follow with enthusiasm. Also kink.com does a very good job making use of his talents- so check out their work with him- guy’s got a very expressive face- when he’s on a roll with the acting he’s fun as well as hot.

So without further ado:

Twitter: @lancehartfetish
Instagram: Candid shots and stills.
His Work With Kink.Com: Their direction with him is fabulous.
Gofundme (He’s working on improving his videos): fetish film fund