This isn’t a post about abolishing sexism, it’s about female dominance and power in an imbalanced world. 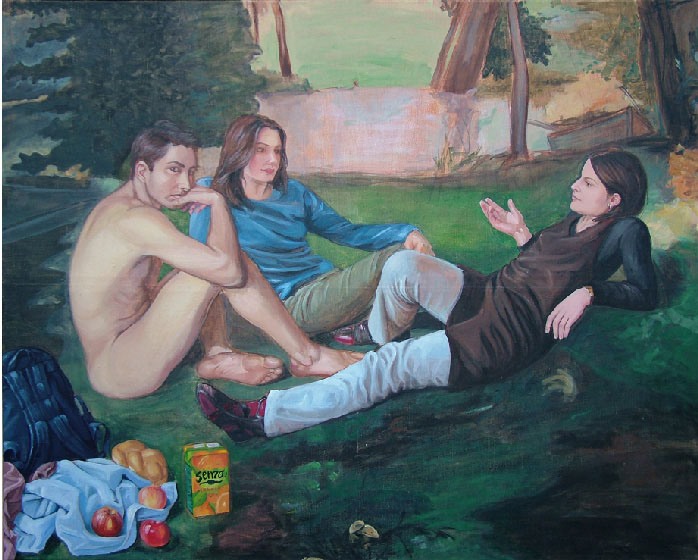 Unfortunately, the sexes are not treated equally in society at large. I’m not really prepared to debate this fact in some sort of “choice to be powerless” or “so what if you don’t have power, you have boobs and tears!” thing, and this isn’t time to be all “Activate FEMINIST RAGE!”

I mean that the relationship we have with sex/gender (I’m using the two together) really colours the shit out of our kinks.  I’m speaking in terms of the norms here, of course. I’m sure you know some exceptions. But look: Female subs do not heavily fetishize cross dressing, male dominants are assumed to want to fuck their subs six ways to Sunday, and when people try ineptly to justify maledom they generally grab at concepts like primal, where as gender flip keeps trying to tell me I’m a wise Mommy.

Take a dude doing housework as a male sub staple. Actually, dudes do housework, even doms. Not as much, on average, as women of all orientations. But if men want to eat and not fester in their own filth, adults usually have some life coping skills, at least as far as trashbag or can opener operation. But I cannot move for guys writing to me to offer to clean my house. Female subs clean house, often in a way that’s just as service oriented as male subs, but they don’t offer it up front as a mating signal. Because housekeeping is something chicks get delegated with.

And there’s all the vocabulary. FLR (Female Led Reationship), I’m looking at you. As if you had to make a special category to get away from the default. Because the current standards are “traditional” (male dominant) and “equal” (egalitarian), there has to be a special term for being a dom in a TPE dynamic that coincidentally is also female dominated.

And then there’s female supremacy. The premise of it is that if women were in charge, either it would be paradise or castrating harpies. Curiously, I can think of few explicitly male-dom world ideas that are not rape happy weirdness. It’s less popular, as a kink, and nobody who gets hot and bothered about the idea thinks that men being in charge is better.

Because they already are occupying most of the top spots. So I find myself in the awkward place of telling people to stop calling me perfect. But I live in the world I do and it’s going to colour all our behaviour.

One of the great unkillable D/s narratives is the dom-as-leader. Honestly, as long as you don’t take it seriously, it is hot. On the other hand, since so few women get to be leaders, at least compared with men, it seriously colours the fantasy. And it is to the point that an expression of being your own person, as a woman, codes as being dominant. It’s like we can’t completely escape hierarchy thinking.

I think one of the reasons why male subs get so much crap is because they are assumed, if they are beneath a woman, to be beneath everyone. Like some sort untouchable caste, in a highly hierarchical pecking order (and D/s is often about getting off on abuses and strengths in extreme power disparity) subs of both genders get shamed in the fashion that is typically used to batter their gender.

And the stakes are pretty crappy for a dude. While women are coaxed into infantile passivity, and made to be concerned with sexual purity… men at the bottom get all sorts of fetishes that are related to how men have been historically pushed down and about stripping them of male privilege and treating them like women- they are pussified (and I use that term deliberately), cuckolded, denied sex and put through forced bi. And yet the comparative approach to bisexuality in sub women is generally about sister slaves, and putting on a show, and lesbian female dominants. fucking women is presumed to be something that everyone wants to do.

I did it in my own work. Catamite, despite being scifi, is set in a very patriarchal world. It’s actually much worse than anything I personally have ever dealt with, being neo-Victorian. Annette, as a character, has an unusual amount of liberty for her imaginary geography.  This is not really a spoiler, but this is intentional in a place where the world the characters are living in is actually one of several planets, and the place they are in is very much a weird cultural backwater. I wanted a society with vast inequality, I did not want an amazon fantasy land and apparently this is what I defaulted to.

I wonder if my interest in that means that I still am constructing power in relation to men and unfairly excluding women from the picture? Catamite doesn’t pass the Bechdel test, though in part because it is a story about heterosexual relationships. In theory it wouldn’t pass in the opposite direction- I don’t think there’s a single male-on-male conversation where women aren’t the focus in Catamite either.

On the other hand it means that my domly-dom character is still subordinate. There’a a bit of me that wonders if I’ve created something straight out of the Office skit about not being the one truly in charge even in the infinite realm of possibility.

Dwight: I am gonna be your new boss. [laughs] It’s my greatest dream come true. Welcome to the Hotel Hell. Check in time is now. Check out time is never.
Jim: Does my room have cable?
Dwight: No. And the sheets are made of fire.
Jim: Can I change rooms?
Dwight: Sorry, we’re all booked up. Hell convention in town.
Jim: Can I have a late checkout?
Dwight: I’ll have to talk to the manager.
Jim: You’re not the manager even in your own fantasy?
Dwight: I’m the owner. The co-owner. With Satan!
Jim: Okay, just so I understand it, in your wildest fantasy you are in Hell and you are co-running a bed and breakfast with the devil?

So is it some sort of sexism on my part that the setting I threw together to provide a great range of power imbalance is extremely male dominated as a side effect? Probably. I was also interested in writing about how Annette navigated the space she was in, and how power is very fluid and unreliable, yet I still did a retread of the patriarchy.

Be that as it may, if you fetishize power imbalance, even if you disapprove of them in practice (like a person with a rape fantasy), the bullshit around gender is also fantastic source material.  I don’t necessarily think I conveyed it properly, but Adam/Phillip’s behaviour is supposed to have been guided by his own relationship to the masculine expectations of his culture.

And yet, fetishes seem to by and large follow cultural trappings. I understand that cultures without much ethnic diversity with inequality don’t really get up to as much of the weird ass “interracial” stuff the US spews out. If, perchance, we stopped having weird inequalities based on your perceived chromosomes, would this eliminate thing like cross dressing being used as a punishment?

So what would dominance be if there wasn’t some sort of significant gender imbalance?

I have no idea where this lovely homage to a classical painting came from, but if you know the artist please tell me.

2 thoughts on “What Would Fantasies of Female Dominance Look Like Without Sexism?”