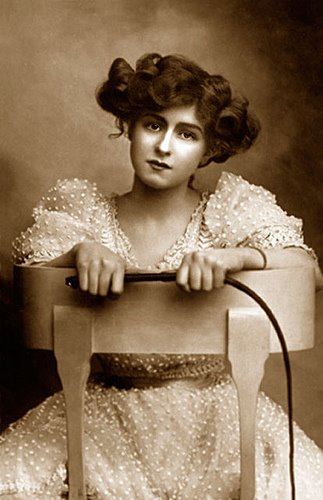 I’ve said it before: the state of education for new or curious femdoms sucks and the parameters for how it is expressed in popular culture is depressing. Even undergoing a sort of renaissance on the subject courtesy of the internet’s impact on the widespread acceptance of BDSM, the fact remains that this is part of kink where getting shown the proverbial ropes is a random and unstreamlined process. New doms fall into this the same way they always did- because an idea or a relationship dynamic they encountered resonated with them, or because they met someone with that kind of chemistry.

This is a thorny issue- about all there seems to be that I can find are books like Uniquely Rika or Ferns contribution, autobiographical guides. There’s D/s manuals for kinky people, but the framing tends to slant to M/f. And nothing gets around the fact that the popular perception of femdom is something very different from male dom. For example, right now the go to book specifically for female dominants is still “The Mistress Manual”. The problem with this is that it’s more of a guide on being a Mistress in the professional sense than something addressing dominant women directly. You don’t have to be a dominant to act the Mistress, in the same way that gay-for-pay is a thing.

But on the line of lable fit: A lot of people start out in kink with a nebulous set of fantasies, and I’m going to go out on a limb here and say that many people who fit into one box or another best, often have at least rudimentary switch-y tendencies or fantasies that are more complicated than tidy binaries. for example sub men looking at porn of sub women is not unusual and in no way negates what he’s actually into with real people. Certainly there’s no shortage of people firmly in one camp or another who also can give self titillating input- for example my very sub red head friend tried dominance and knows it doesn’t fit her, but she still adores being the snarky person in the peanut gallery, egging someone on to dom a third party.

But vanilla doesn’t exactly let you drill down to your favourite things, and it makes discussing consent a lot harder. People like Ferns mention that in their sexual history, control has always mattered deeply to them- but sans the ability to consent it may be challenging to verbalize what you are looking for.