I encountered a really tough problem recently on reddit:

My sub’s ingratitude is destroying our relationship. I took him under my wing. When I met him, he was another college drop-out with no body to speak of. Thanks to my guidance, he now has a good job, goes to gym regularly and looks his best.

Now life’s going well, suddenly I’m too controlling? He wants to challenge my rules? Rules we both agreed on BTW.

He was always shy about his fantasies. I kept at him until he opened up. He didn’t know how to apply them. As usual, I took over. I taught him how to service me. I tied him up and played with him until he was a quivering pile of ecstasy. I taught him all about the prostate and gave him the best orgasms possible. And he loved every minute.

So how does he repay me? He starts safe-wording nearly every time we play. He suddenly wants to renegotiate scenes. He says he doesn’t like some of the stuff we do. He says used to go along with it because he was scared of disappointing me. That’s crap. He loved it – he wouldn’t get off if he didn’t.

Why is he testing me like this? And how do I remind this boy exactly which of us is in charge? 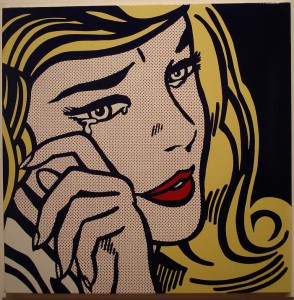 “Why won’t he submit the way he used to?”

Reddit mostly attacked her attitude as not taking her sub’s limits seriously enough, but it’s really hard to deal with someone whose kink limits evolve within a relationship or someone who is not consistently on board with what you want. It’s also very frustrating as a dominant, to have the urge for control stifled by someone being more interested in their fetishes and the parameters they want them expressed under, than in supporting your sense of control, while trying to balance that with your own need to meet and respect whatever limits a person asks for.

And it can be hard when you a have an expectation to push through and reach someone and do the hard work of making judgement calls for both of you, and then sometimes they need you to do that and sometimes they don’t. However…